Facebook CEO, now a father, will give away most of his money

Zuckerberg’s wife, Priscilla Chan, gave birth to a 7-pound, 8-ounce daughter last week. But the couple didn’t put out the news until Tuesday, when Zuckerberg posted it on Facebook, of course.

In the same post, Zuckerberg said he and Chan will, over time, commit 99 percent of their Facebook stock holdings to such causes as fighting disease, improving education and “building strong communities.” The couple had previously pledged to give away at least half their assets during their lifetime, but hadn’t provided specifics. 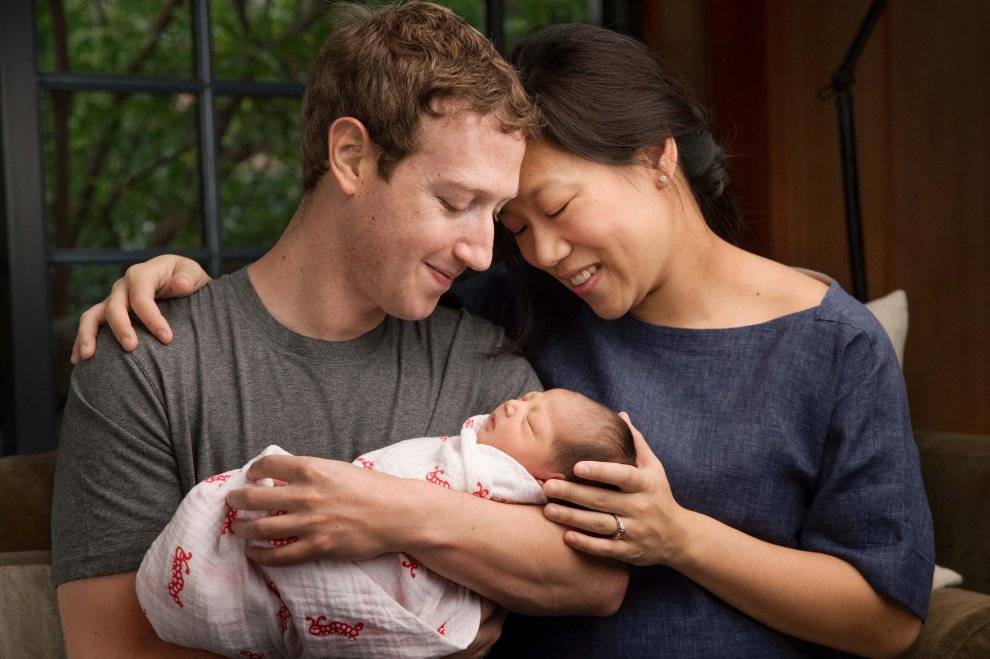 They are forming a new organization, called the Chan Zuckerberg Initiative, that will pursue those goals through a combination of charitable donations, private investment and promotion of government policy reform.

“Like all parents, we want you to grow up in a world better than ours today,” the 31-year-old social media mogul and his wife wrote in a letter to their daughter, which they also posted on Facebook.

The announcement stunned the charity world. “It’s incredibly impressive and an enormous commitment that really eclipses anything that we’ve seen in terms of size,” said Phil Buchanan, president of the nonprofit Center for Effective Philanthropy.

By comparison, the Bill and Melinda Gates Foundation has an endowment of just over $41 billion, which includes wealth donated by the Microsoft founder and his friend, the businessman Warren Buffett.

The new initiative will be organized as a limited liability company, however, rather than as a nonprofit foundation. “They want the most flexibility and they are going to use a wide variety of activities to achieve their mission,” Rachael Horwitz, a Facebook spokeswoman, said via email. “So in that way this is not a foundation nor is it entirely charitable.”

The notion of investing money in companies that tackle social issues isn’t new, but it has gained more currency among a younger generation of philanthropists, particularly in the tech world.

Zuckerberg has also shown a previous interest in influencing public policy. He led other prominent Silicon Valley figures in forming a group, FWD.us, that lobbied and gave donations to congressional candidates in an unsuccessful effort to promote immigration reforms. Depending on how much of the new effort is devoted to lobbying, it could raise new questions about the influence of money in today’s politics, some experts said.

In the letter to their daughter, Zuckerberg and Chan described their goals as “advancing human potential and promoting equality.” They added: “We must make long-term investments over 25, 50 or even 100 years. The greatest challenges require very long time horizons and cannot be solved by short-term thinking.”

“I have a full-time job running Facebook,” he told The Associated Press in an interview last month, during which he discussed the couple’s approach to philanthropy. Of his job at the social network, he added, “I’m going to be doing this for long time.”

The Facebook co-founder is one of the world’s wealthiest men. He and Chan, a 30-year-old pediatrician, have previously donated $100 million to public schools in Newark, New Jersey, and pledged $120 million to schools in poor communities of the San Francisco Bay Area. They’ve also given $75 million to the Zuckerberg San Francisco General Hospital, where Chan did her medical training.

In a statement, Facebook said the couple’s plan to transfer their shares over time won’t affect his status as controlling shareholder of the company. The company said Zuckerberg has committed to dispose of no more than $1 billion of Facebook stock every year for the next three years.

Zuckerberg and Chan had announced on Facebook last July that they were expecting a daughter, after Chan had three previous miscarriages. Horwitz said the baby was born early last week, but declined to say which day.

“Mom and baby are both healthy and doing well,” Horwitz added. Zuckerberg has said he plans to take two months of paternity leave.