It’s a centuries-old ritual to empower ourself with designs or drawings, some cultures immediately pass my mind. I’m thinking about the Indians, with their colorful painted faces and their mighty totem pole. I see the famous hieroglyphs of the Egyptians, Aztec or Mayan people, which are even more ancient. You need a whole team of archaeologists, art historians, epigraphers, linguists and anthropologists to figure out the full meaning of those symbols. Even the Cro-Magnon man asked the best designer in the group to draw sketches on the wall with a purpose. The designs needed to be meaningful and help them achieve a good hunt or chase away their own fears. 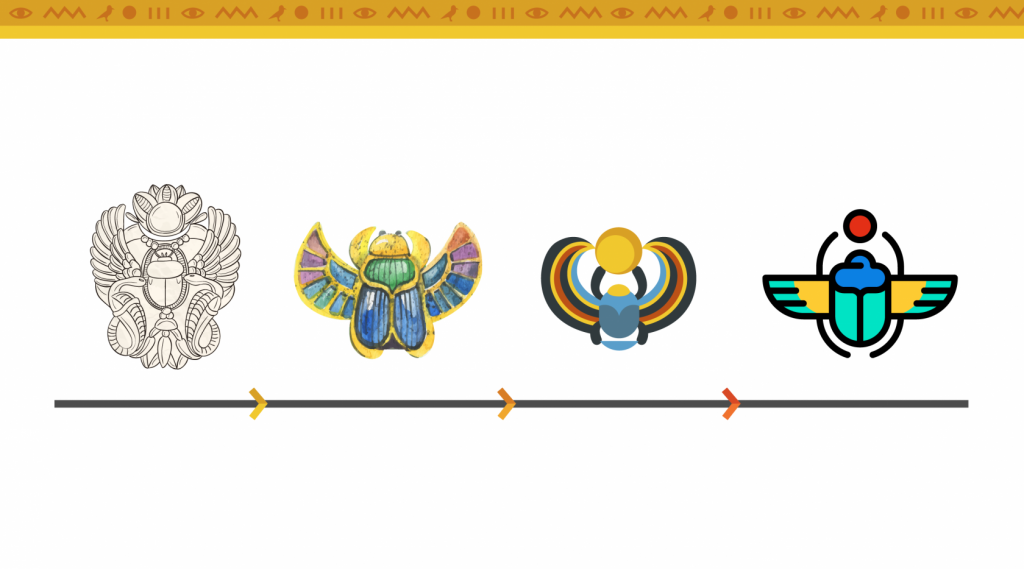 Today I still see the use of these techniques in tattoos which men and women use to express or empower themselves. But haven’t women (even men, think about Louis XIV) already been doing this for centuries in the make-up they put on? A good make-up artist can change your personality in a minute just by putting some important lines on your face. And what about the clothes we wear with artistic representations of an idea to put us on the market somehow, as an individual, or as a group… From security people to football teams, they are all wearing logographic signs representing the organization they stand for. So hey, I mentioned the word logo and representing an organization. Is this really such an old-fashion communication tool and from which moment on can we tell that “brand design” came into the picture? And is this really such a cutting-edge marketing strategy if we have been doing this al along?

Let’s start at the beginning of the history of logo design.

The ancient Egyptians branded their domestic animals with hieroglyphs to mark their ownership. The Romans and Greeks marked their pottery to identify the manufacturer. So they were already identifying a brand and designing a logo for it.

Between 1800 and 1900 business owners began to establish their brand using a logo in al shapes and sizes with their name on.

At the start of the 20th century the advertising industry came into the picture. Introducing colour printing for the first time, logo designing entered a new level. Large volumes of the same image could be used to advertise a product, mostly using national, nautical, heraldic and agricultural themes. There was no concept of targeted advertising and designers freely used all kind of images to advertise any product. But of course they knew the public understood the universal meaning of these symbols. Still today crowns and flags stand for dignity and status, while seascapes, flowers and animals represent purity and freshness. Even cigarette brands used birds and seas to bring their merchandise to the people.

Images, words, flavors, odors can get a special meaning for an individual person because of a personal emotion they experienced at a certain moment. These variety of interpretations of signs and symbols are also influenced by different religions and cultures. Human communication exists in terms of signs and signifiers. Perceiving and understanding the world around us occurs by investing meaning in all manner of signs and symbols. That’s why it is so important to invest in them, it has always been that way and it will always stay that way. We start to see logos and corporate identities being trademarked for the first time.

In the meantime technological advancements evolve to achieve our goals and to communicate around the whole world. Organizations have been identifying themselves with an enormous variety of marks, signs and emblems for centuries. A modern company that represents itself with a logo, color scheme and slogan is similar to a medieval court that invoked identity and unity wearing uniforms, family crests and religious symbols. From 1930 until 1980 famous artists like Milton Glaser, but also Paul Rand and Alan Fletcher develop strong ideas together. Ideas about creating the brand with the principles of simplicity. 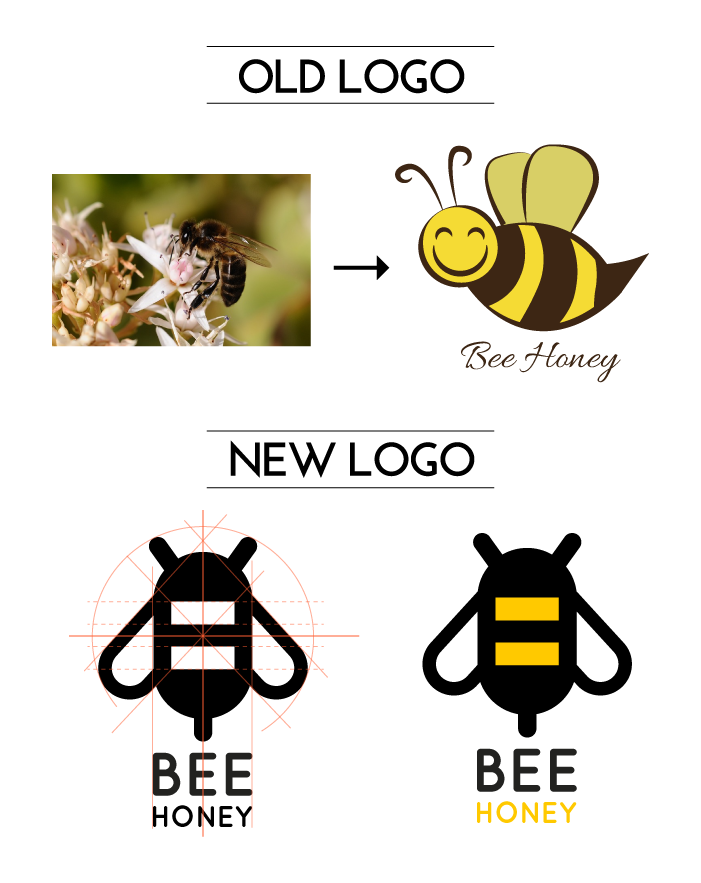 Together with the evolving technological tools our lifestyles gradually became more complex over the last century. The designs of logos however became simpler for ease and speed of recognition in a faster world. Take a look at the evolution of the Shell Logo throughout the 20th century. It clearly demonstrates that “Less is More” and illustrates what the art of logo design is about. A logo should be simple, so that it retains its clarity of design in different contexts. Its details must still remain clear when it is reduced in scale. A simple logo is faster to read, easier to remember and more instantly identifiable. The ‘I Love New York’ logo by Milton Glaser illustrates most of these basic qualities too. It’s one of the most reproduced logos ever and had the main function of a logo. A logo should convey an immediate and memorable identity. It must also connect with its target audience in a positive manner. Logos today are intelligent graphic images that are designed to impart their concepts, consciously and subconsciously, for immediate recognition by a specific target audience.

During the industrial revolution companies saw that an identifying mark was not enough anymore to distinguish themselves amongst the growing competition. From that moment on the logo was created as one element in an entire unity of visual elements, that they used to identify the entire output of a corporation. Companies with national and international activities, felt the need to unify all communication into one consistent design system.

Brands will continue to expand into new areas. Brand identity designers are not satisfied by only designing a logo. They are aware of the changing cultures around us and they want to take active roles in the use of design to navigate the future of industries and what we believe in. The faster technology modifies our culture, the more we will need designers willing to take a risk when it comes to developing a strategy for a brand. It has always been creative thinking that has resulted in succes.

In this day and age in the history of logo design it is still a very special handcraft, but tools like Photoshop and Illustrator have evolved so rapidly that making a good logo for your company is easier then it has been before. If you have a small budget you can go to a website like Fiverr, Freelancer, Upwork. Or this website, where you can select your favorite image and try to make a logo yourself or do it with some assistance from a designer at Fiverr.

When you have a small to medium size budget you can chose to go to a company that thinks together and builds the brand but will not construct the style guide. Brand story companies like Logo BKK who offers logo design in Asia (Southeast) and Custom Logo design who offers this in Europe, can help you with this kind of job.

The brand story and research that goes into a logo still take a lot of hard work. You can go to a professional logo design company and construct a total brand story and style guide around your logo and start professional branding. This option takes a big budget and a lot of focus and input to do it right.